Veil by Eliot Peper (@EliotPeper) was just released a week ago and I really can’t say enough good things about it. If you are looking for a great book then look no further as Eliot has produced another great page-turner after not long ago finishing his most recent sequels. 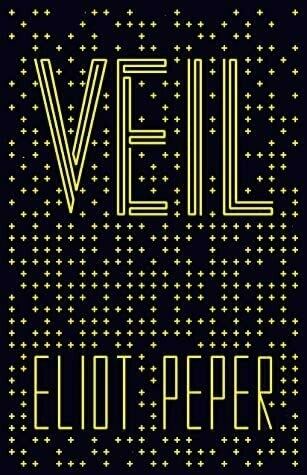 The book was released on May 20th, 2020, but I was lucky enough to get an advanced copy from my good friend Eliot himself. However, I enjoyed the book so much that once it was released I purchased another copy as well for my collection.

Unlike some of Eliot’s other books, I actually felt like this one started a little slower but that was a good thing. As with a lot of good books, it built you up getting to know the characters and backgrounds. Speaking of, the main character, Zia León seems like your normal humanitarian that leads various aid missions to help areas in need. However, what makes Zia unique is she comes with sass and attitude that fits her well in order to get the job done.

As the first part of the story goes I was trying at times to see how all the pieces were going to fit together. Honestly, it took me a little while to start putting the pieces together, and then all of a sudden a kidnapping happened and I could not put this book down. Not only does the story speed up but more is revealed along the way that made it even more of a page-turner. I soon found out that the adventure was just beginning for Zia.

Eliot does it again by looking into the near future and laying out what might happened due to various social/global issues that are relevant in today’s world. With his ability to research those relevant topics, expand on them to plausible future events and outcomes all while crafting other drama into the story always amazes me. Don’t get me wrong there is more to the story than just social events as friendships are tested, betrayal unfolds, and stubborn relationships rear their ugly heads. Everything centers around Zia and she must deal with them all along the way.

The one thing I appreciate about Eliot’s books is the way he sometimes weaves things from other books into the mix. I might have only caught one referring to an open-sourced software architecture 😃 but I am sure there were more. Additionally, he finds ways to weave current locations and eating establishments that again makes the futuristic feel of this book that much closer to home.

I have really been enjoying Eliot’s near future books as the concepts and issues are not unrealistic to see come to fruition. Not to mention he always seems to be writing about topics that are big and bold and not just ones that change over the course of a year.

This is again one of those books I really can’t recommend enough. In a time where politics seems to be guiding best practices for how we deal with climate issues, this book takes you to the near future in the path we could be on.


As I mentioned I have read some of Eliot’s books before and wrote about them so if you are interested to check out some of his other books go for it as you won’t be disappointed! Here are a couple: True Blue (A Short Story), Bandwidth, Borderless, and Breach.