Well after all the build up for the past 9 months the race is done and I am happy with my own results. After, what has been a 20 year hiatus (more on that below) I was glad to conquer this one in much more style, less pain, and a time I had not planned for 😁. As I have told most people who ask me, it is amazing what some real training does when preparing for a marathon. 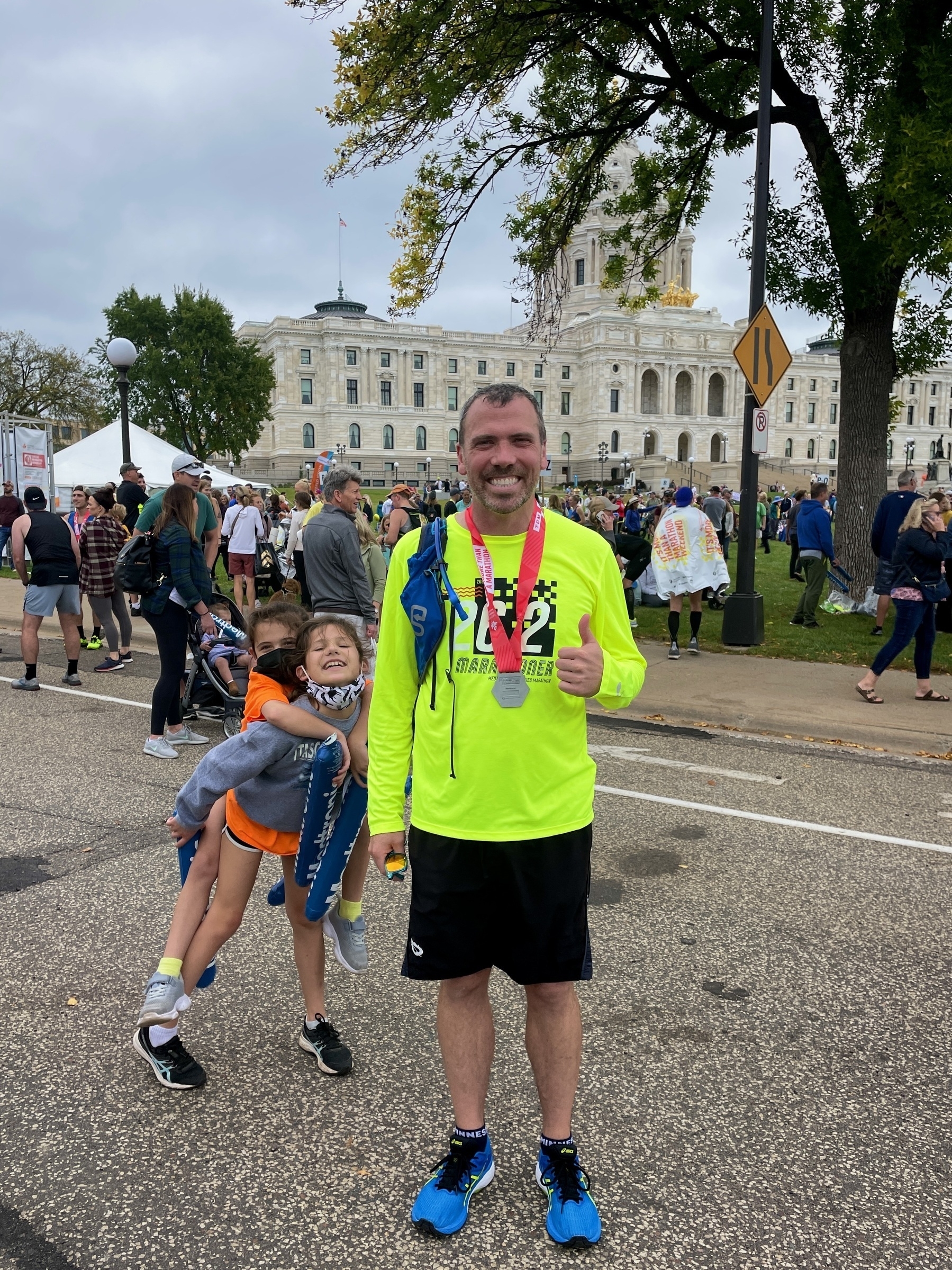 Building up to race day I was asked what time or pace I was shooting for and in reality I didn’t have much thought. Well there was some thoughts but honestly my goal was faster than 20 years ago time but more specifically I was shooting for under 4 hrs since I felt even being 20 years older I could bet that time of 4:15:17 by 15 min. Not only did I beat that time I crushed it by 35 minutes for a time of 3:39:28. 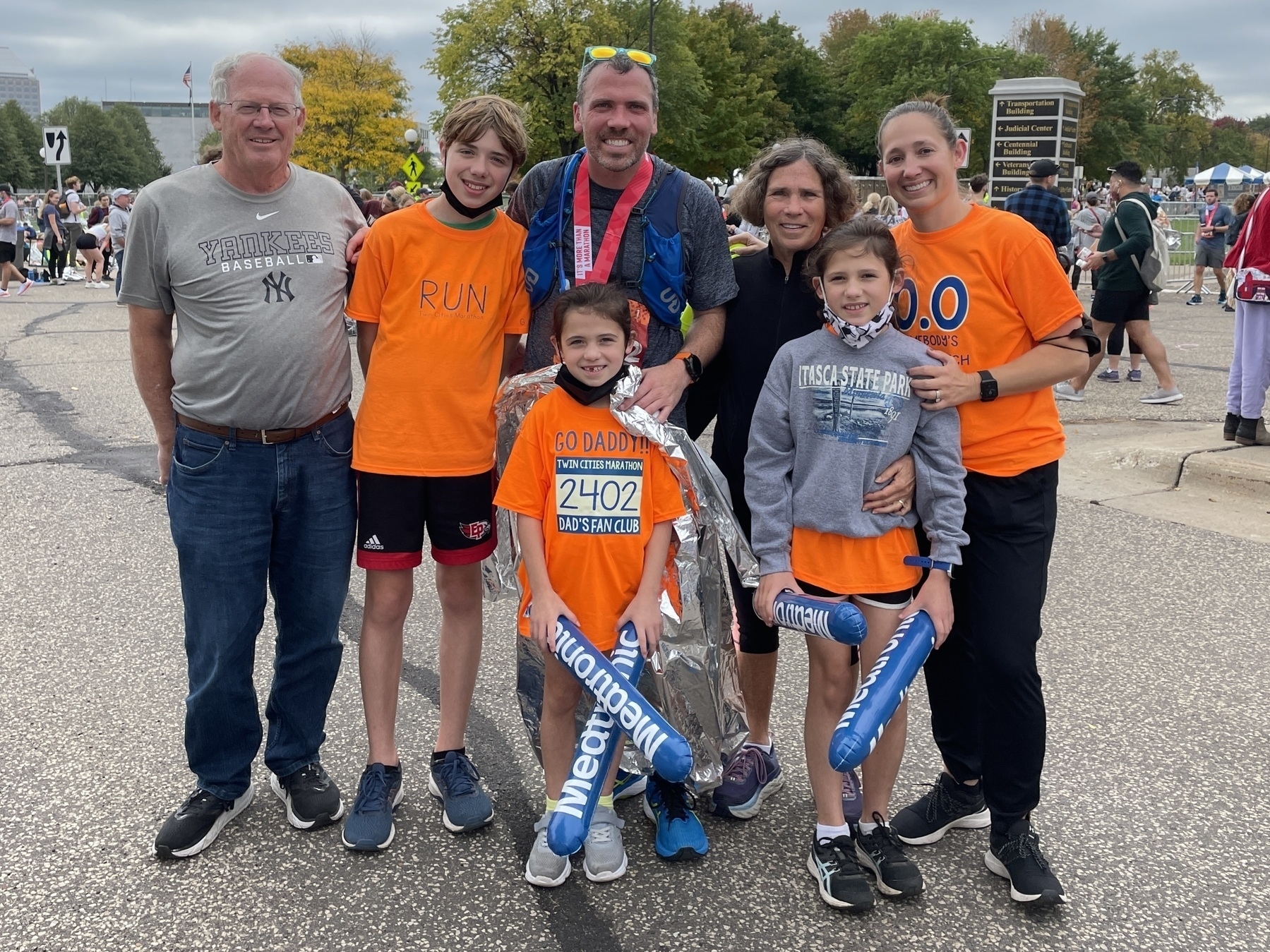 Also, I can’t thank my family enough for coming out to support me as it was great seeing people I knew from time to time throughout the day. 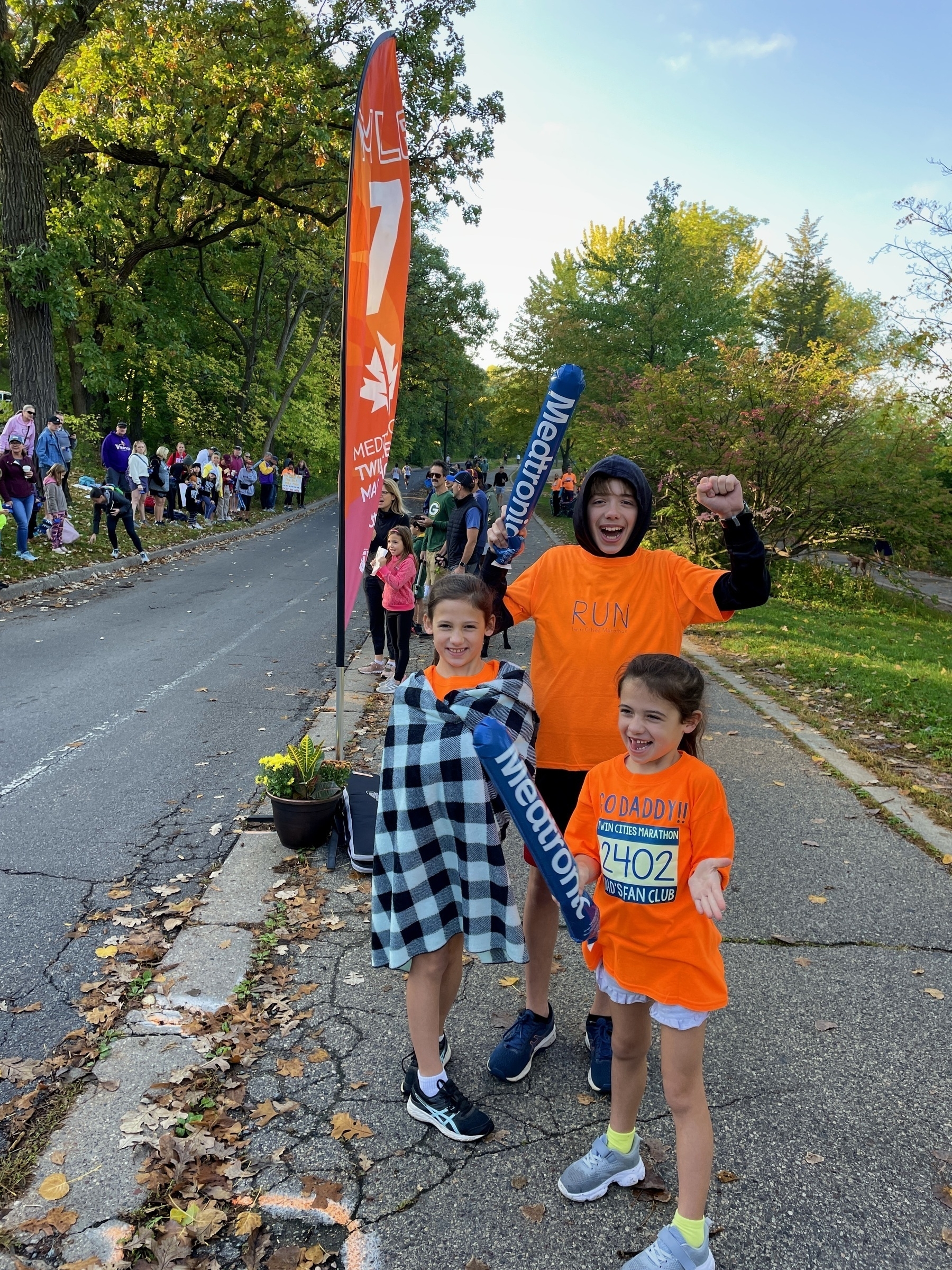 Not to mention my champion wife who was trucking around the Twin Cities to various points even though she didn’t know the roads very well while with her was 3 kids of which some expired at my 2 hr mark. 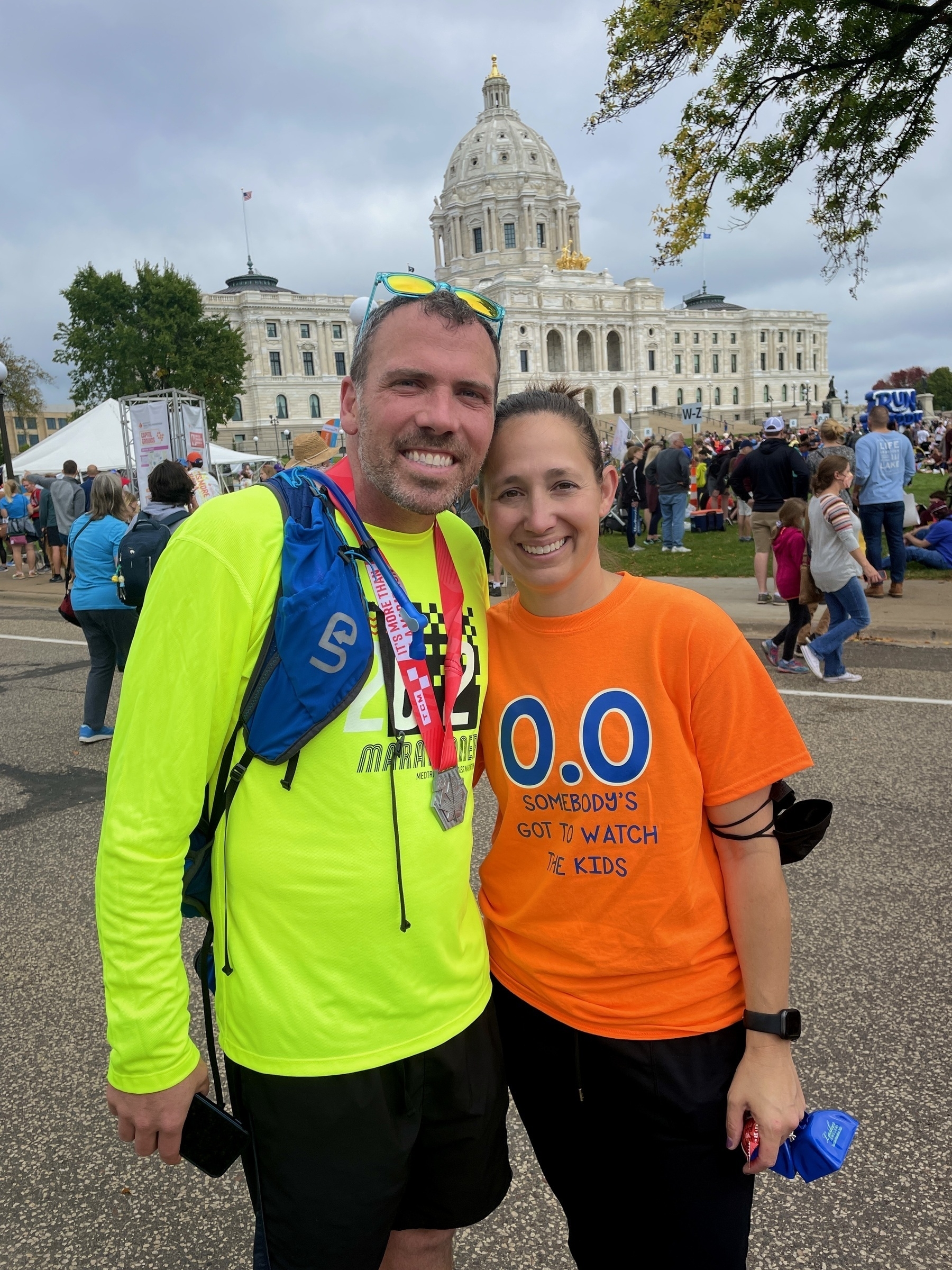 She was there for the first one 20 years ago so it was great to have her and the rest of my cheering section. Also, for the last push of 6 miles I saw my uncle on the sidelines saying “looks like you got this one” which was a great confidence booster in the middle of the 3 mile uphill climb. 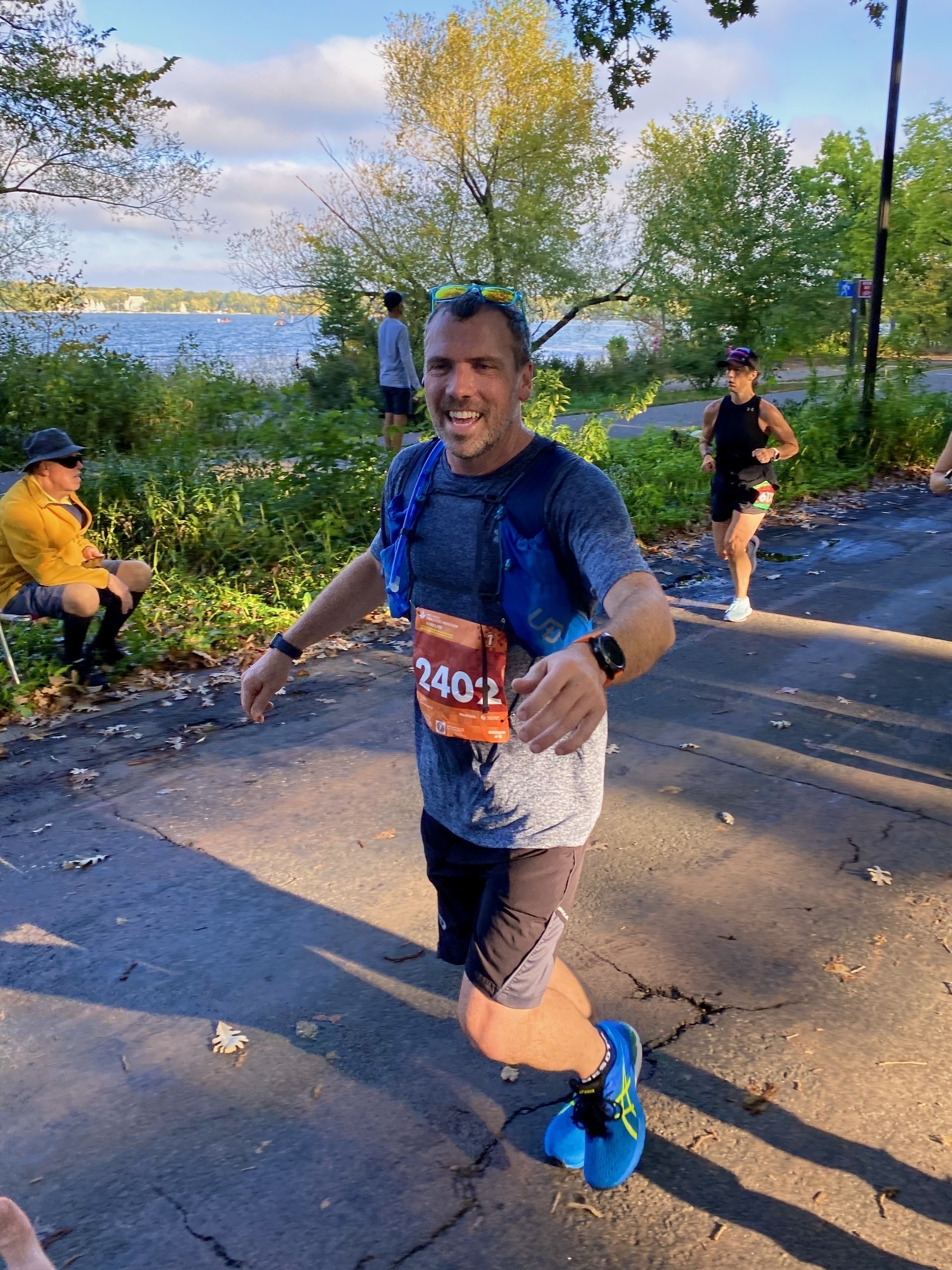 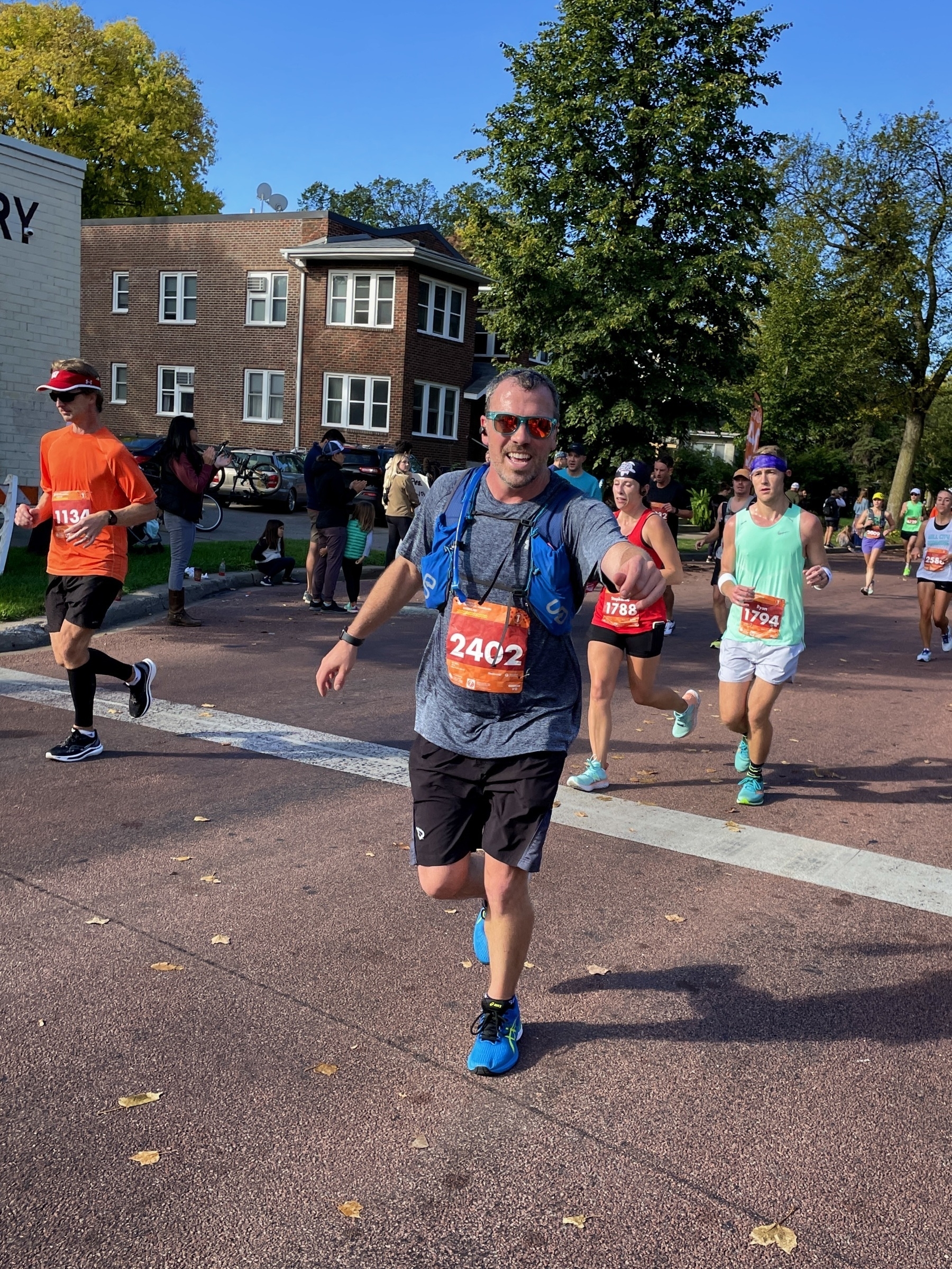 (Later on in the race still happy, I think) 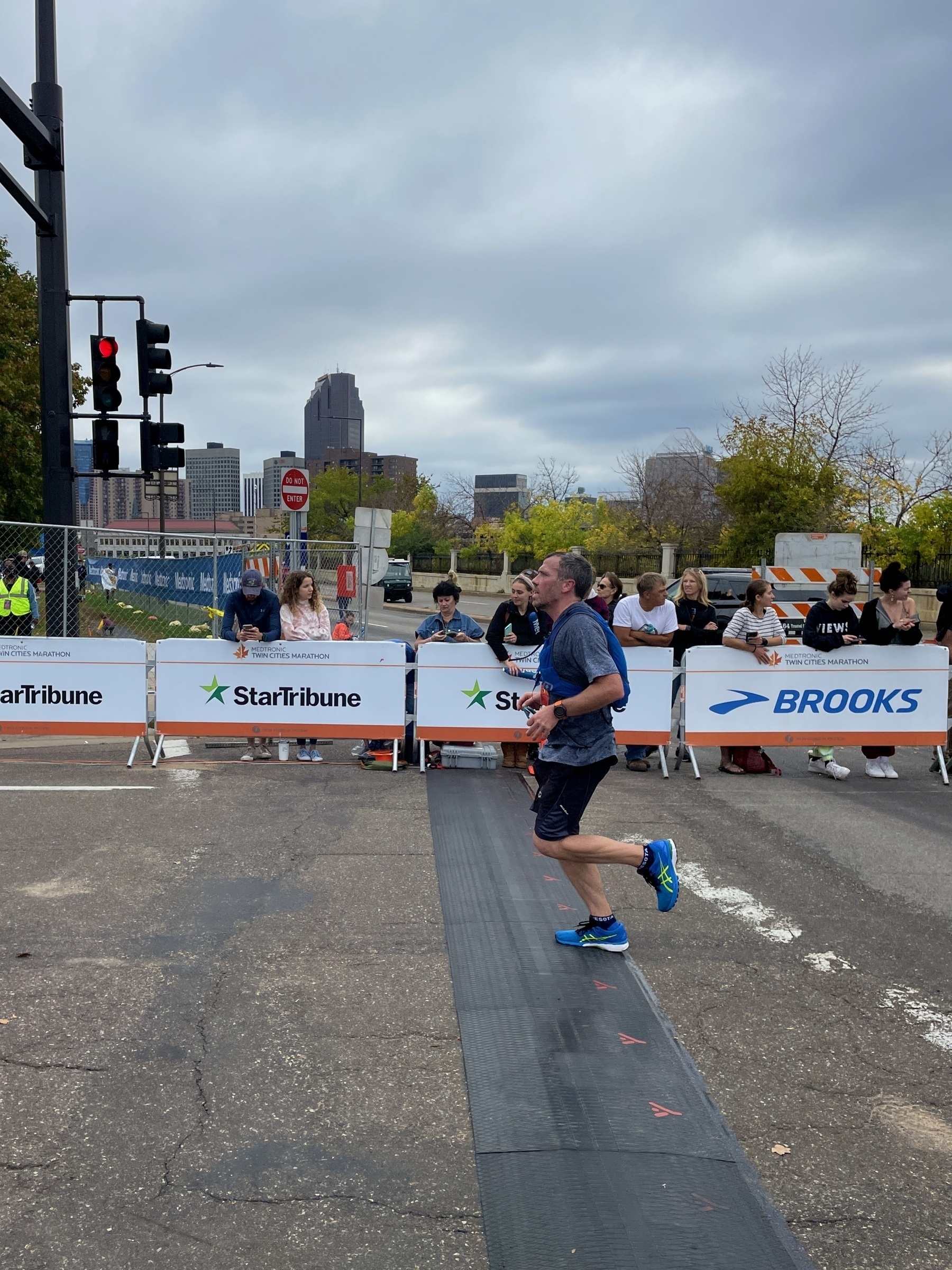 (Final push to the finish)

##2001 Race Background## 20 years ago on a whim I signed up for the 2001 Twin Cities Marathon sometime after I had just turned 20. I am not really sure what I was thinking but I believe in a way it was because I had not keep up running much from my High School days and missed it. I also thought I would share in the punishment and poor college student me signed my brother up (who was working at the time) as well since he lived in Minneapolis. I figured what was he going to do if I signed him up for it, not show up?

I jumped right into some training plan I am sure I found on the internet at the time and was following it religiously throughout that summer as I stayed up at school and all my friends went home. However, when the training plan started to tick up miles school was back in session and my training fell off the radar. I don’t even think I ran anything of value or consistency the month before the race. Talk about coming in cold. In fact, the longest I had run before that 2001 Marathon was 13 miles.

Let’s just say the day turned out as you would have expected, the adrenaline and excitement pushed me though probably 17 miles worth. Then I gritted it out for another 3 that I can’t remember. The last 6.2 miles were torchure and I think most of it has escaped me. From what I remember it was a lot of walking for that last 6.2 miles and seems right as up to that point I was tracking time well and then it took me one and fifteen minutes to complete that last 6.2 miles. I remember finally realizing that I as only 1 mile from the finish and I think that is when I started to somewhat run again knowing the end was finally in sight. The best part of that race was that I crossed the finish line with my uncle and to this day we all still joke how I touched the finish line first. 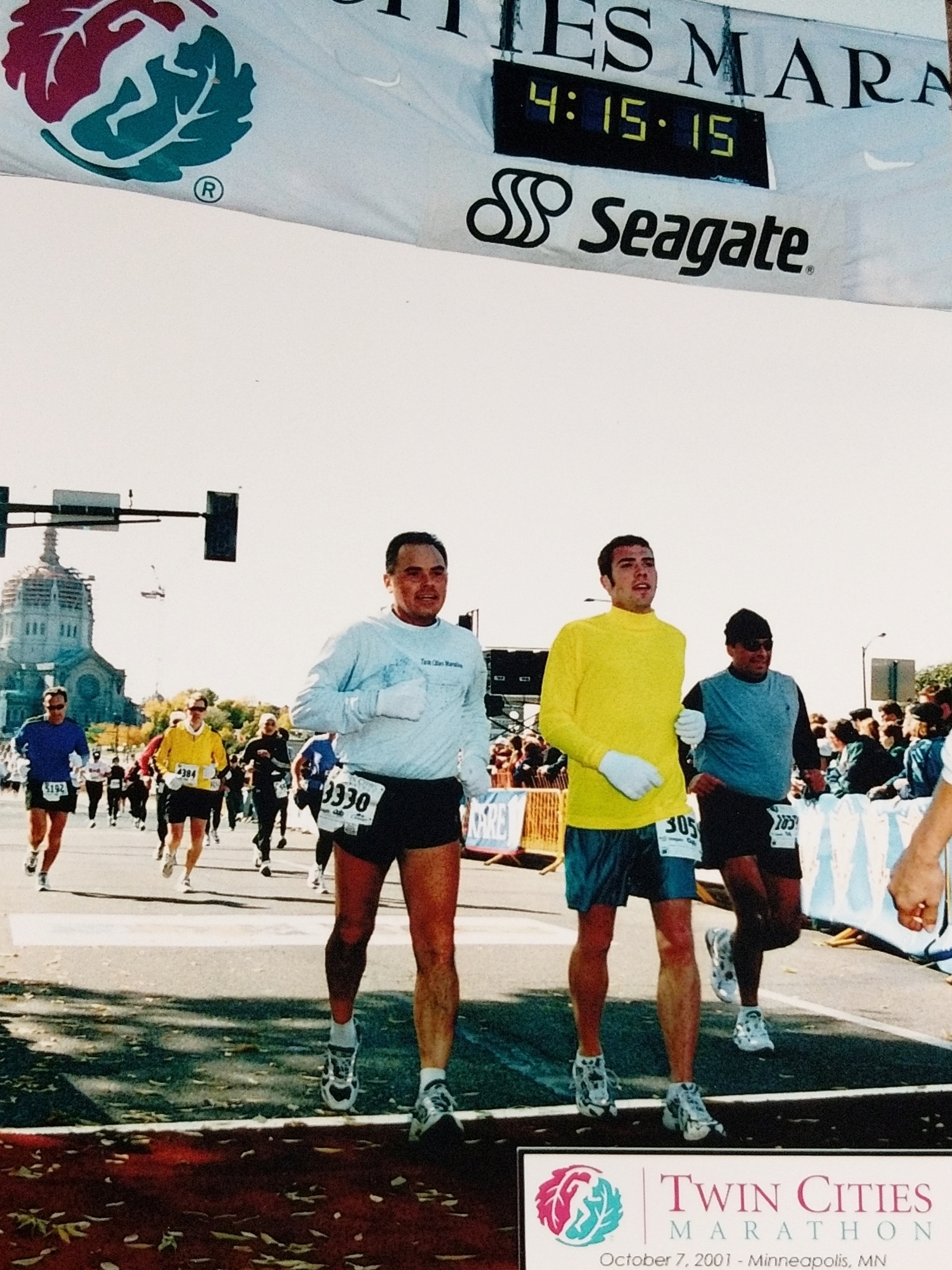 However, in reality when I was dying on those last miles at some point he passed me up and I caught back up to him in the final stretch. Since that time but probably not right after I kept telling myself that if I was ever going to run another one and I did want to I wanted to make sure I trained for it much better than before. Don’t get me wrong it wasn’t that the time was overly horrible but I knew I could have done better so it was my goal.