I ran a 5K a day for 365 Days in a row and counting… Most people will think that is crazy and pointless. I have run well over 1131.5 miles over the course of the past year (check out the data analysis of all my runs or give a listen to the Off the Couch podcast I was on talking about it). On September 17th, 2018 I started this journey but I didn’t have the goal of a 5K a day in my mind. Or certainly, my intention was not to do it for an entire year.

There is something great about running as it is just PURE. You can only move as fast as YOU can, as far as YOU want, and as long as YOU can. However, it is all up to YOU to determine what YOU “can” do and what you get out of it.


However, last fall I finally decided to run with my neighbor who has always run more miles than my typical 2-2.5 mile run about 2-3x per week. That day we went for 4 miles on a Saturday morning and it was great. Not to mention I felt really good. For the next week, I decided to keep with my 2-3 times a week but stretched myself to hit 3+ miles of which one was 6 miles. I kept that up for a couple of weeks when I then decided I wanted more. I wasn’t sure I had more time to run more miles in a given day, so the next best thing was to try to run a 5K (3.1 miles) every single day for a week. It didn’t seem as hard as I thought it was going to be keeping that up for a week so then I thought I would go for 2 weeks, then a full month. After, the month I figured I should do it for 3 months as that put me in January and I figured it would be too cold then. However, once January came along it was so ingrained into my daily habit that a 5K a day was just the normal. It became so normal in fact that I would just start planning my day around it. It was almost a non-negotiable item, no matter if I had to wake up at 5:00 AM to get an early morning run in or if I was doing it at 10:30 PM at night, I was going to get a run in.

Honestly, this is the biggest takeaway I learned over the past year was planning. If you want to make something a priority you need to plan time for it in order for it to be a priority. For me in order to make running a priority in my life, I had to make sure to keep it a priority, and sometimes I had to get creative. I would look at my schedule on a day to day or even a week out and figure out when I planned to run. This sounds a little crazy that on a Sunday night I was already planning on when I was going to run the following Saturday but honestly I had to do it. Not just for when it would make sense to me, like running in the morning, but for my family and other work priorities. I found myself running early in the morning, late at night, and sometimes squeezing it in while my son was at a birthday party. Then there was the weather. That would always through a wrench in it if I would have let it. However, after my habit was formed I just told myself it didn’t matter the weather, rain or shine, snow or ice, 100 degrees and humid or 0 degrees with a negative windchill, I would make sure to get my run in.

Something that I have enjoyed over the past 4 years of running is exploring my surroundings. In my neighborhood, I have found so many small parks, trails, and green spaces that I didn’t know existed in the first 6 years we lived there. Mostly because I would just drive by and not give it a second look. However, by increasing my mileage as well as the frequency of runs, I found myself exploring more places because I needed more routes and I was going farther.

Also, in my town and some of the surrounding areas, I went to other parks not near my house in order to find a new and interesting place to run. Some of which I then took my family back to so would could all explore at a later time to really take in the scenery. 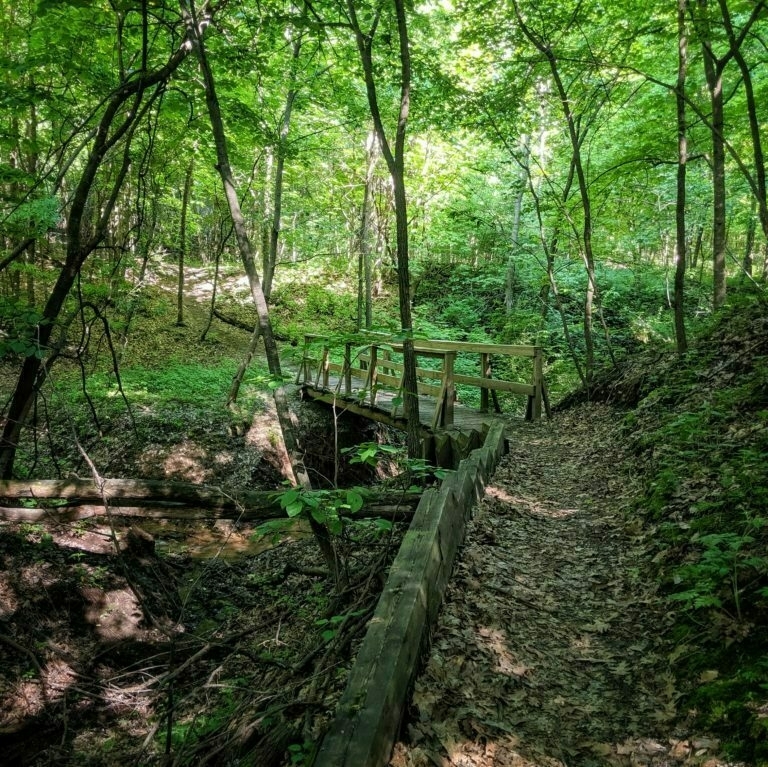 Enjoying the new scenery on an early evening run that was a lot harder than I anticipated (June 2019, Richard T. Anderson Conservatory, Eden Prairie) 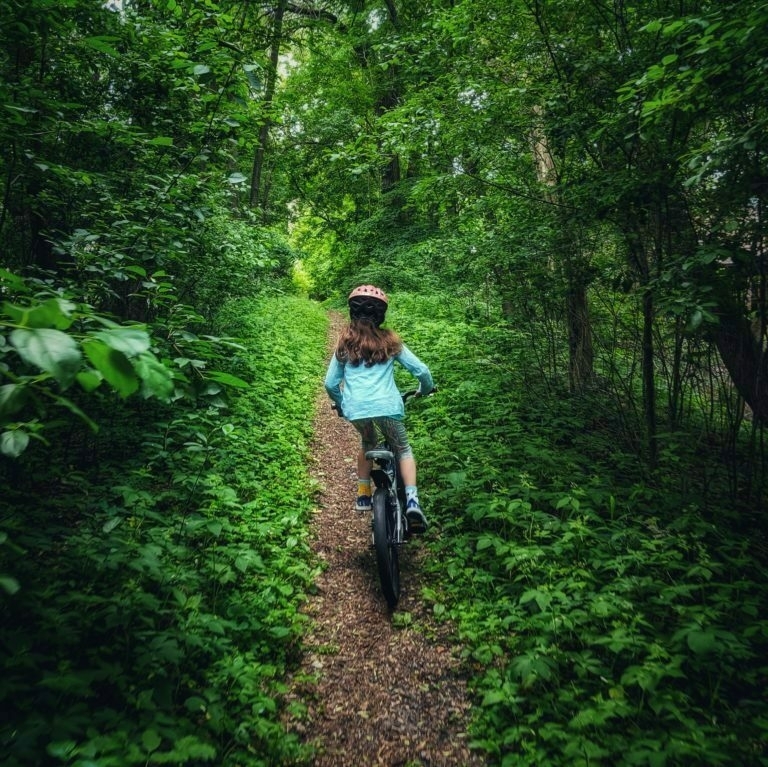 Trail running is always my favorite but I enjoyed the company on this Father’s day run even more. I might need to get her a better bike if we keep this up. (June 2019, Eden Prairie) 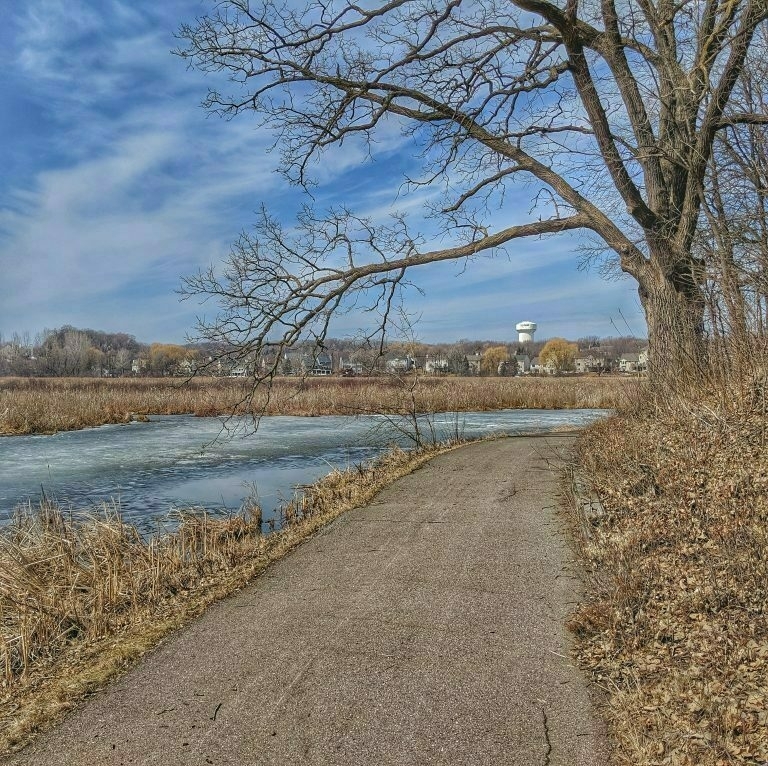 Nothing beats a blue sky, ice melting off the pond, and no snow on the trail for a birthday run (March 2019, Eden Prairie) 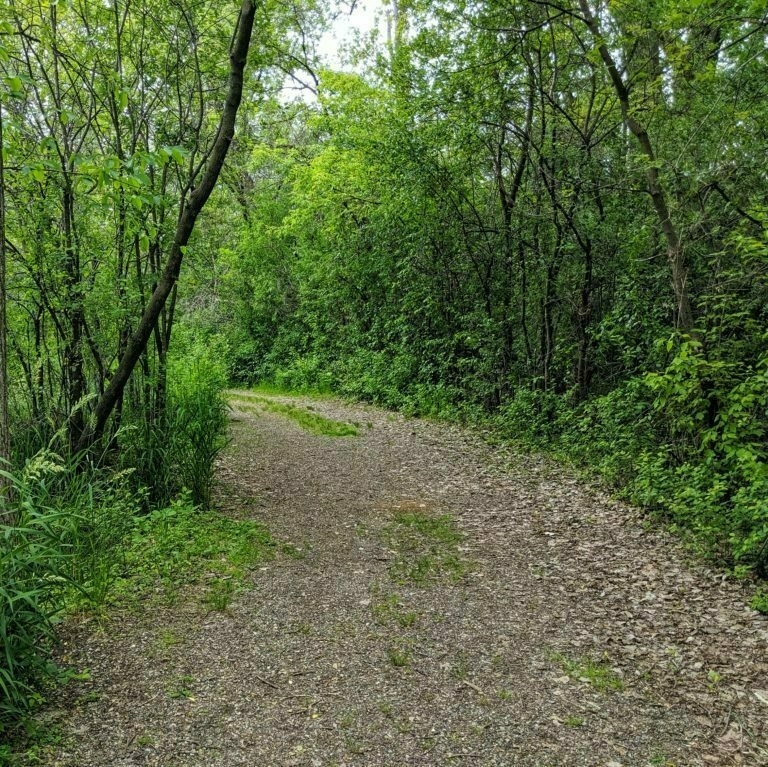 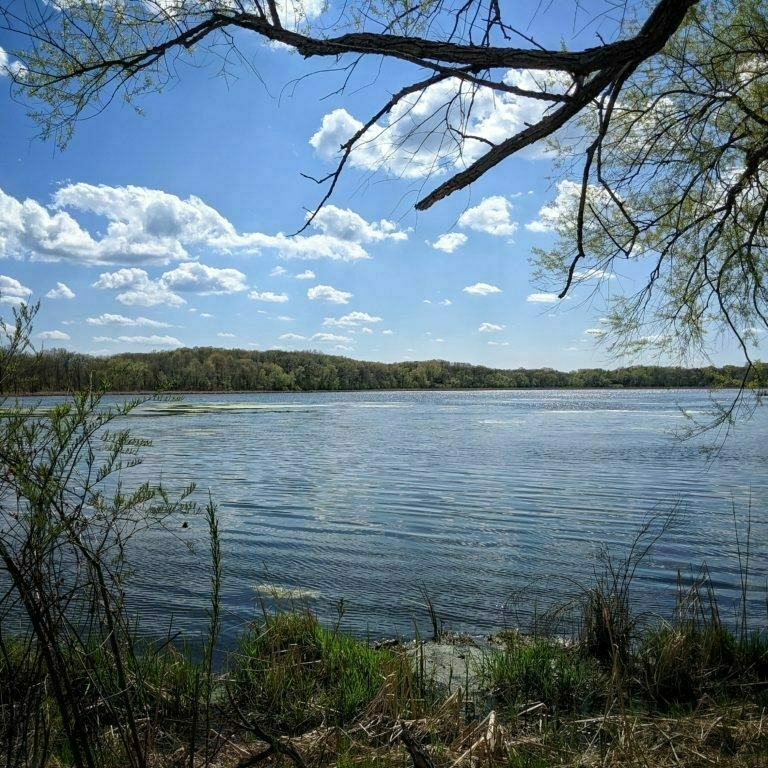 Not only did I find some amazing places in my town, but since I travel for work from time to time, I found some even more interesting places while running in various cities. Not only did I explore near my hotel but in some cases, I would drive to find a trail to run on. 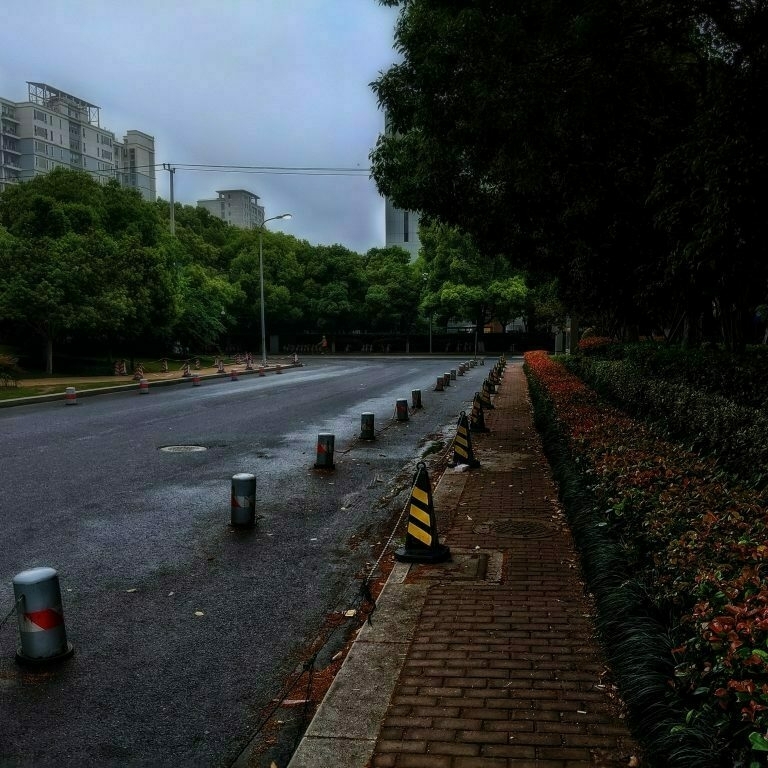 Quiet morning run in the streets of Shanghai (May 2019, Shanghai, China) 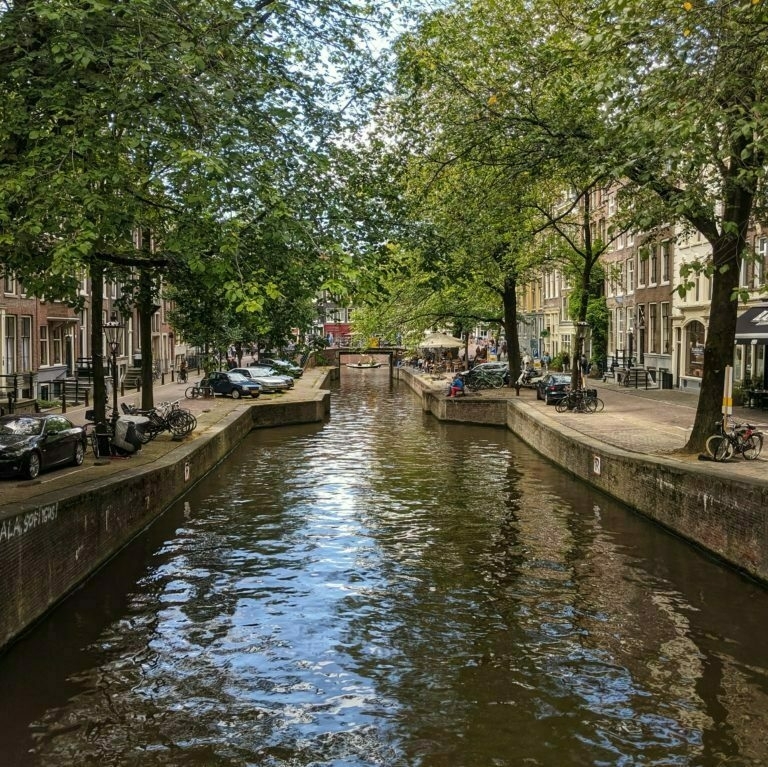 Fun time exploring Amsterdam this afternoon as I ran along a bunch of canals. Might have gotten a little lost and felt out of place as it doesn’t seem like the streets and sidewalks are geared for runners (September 2009, Amsterdam, Netherlands). 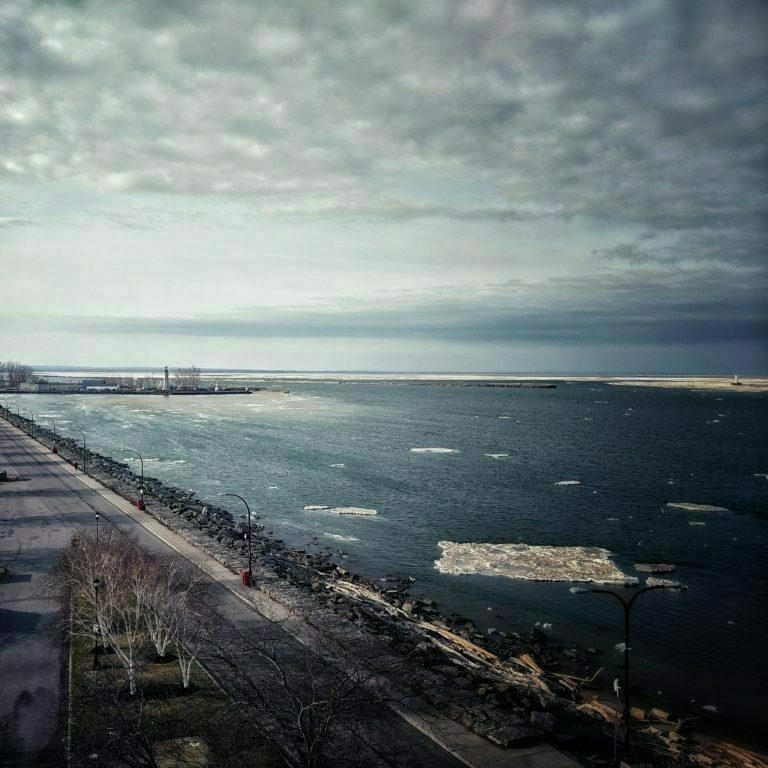 Found an observation deck on my run this morning by the lake… Not a bad view from the top but windy… (April 2019, Observation Deck at Erie Basin Marina, Buffalo, NY) 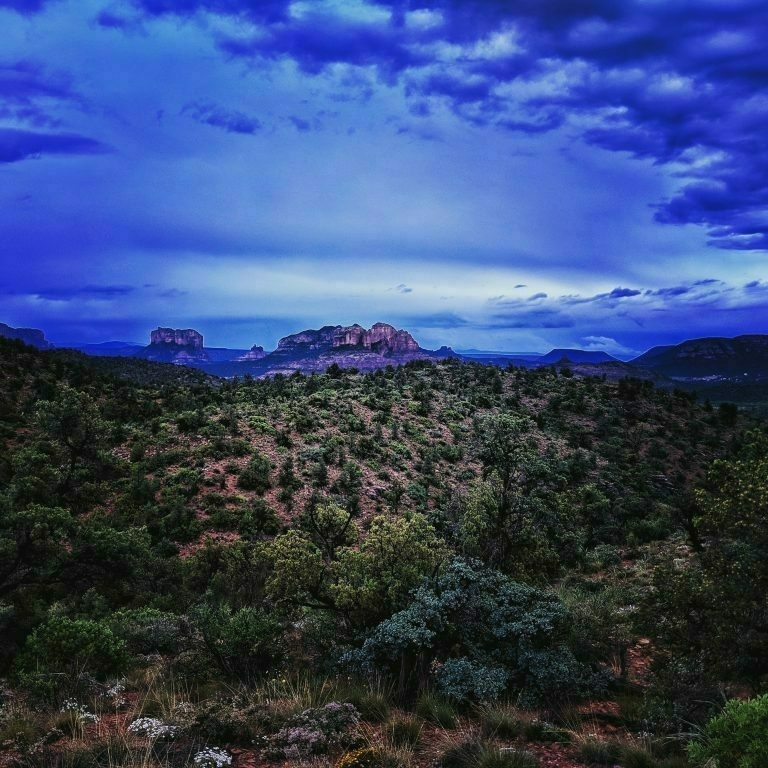 Running along the Skywalker trail in the early morning hours (May 2019, Skywalker Trail, Sedona, AZ)

Besides breaking in my new Asics pair of shoes as I feel I have gone through quite a few this past year. I might try to take a different approach for this next year. My goal is to get some longer runs in but feel I need to back off on the times per week in order to make that happen. Some of it is because of the time commitment which is partially due to my own schedule but also with the lack of daylight we have right it does add to the challenge. I am guessing it will be a slow transition as I have conditioned my body to run daily it is not super easy to just stop. Trust me I have tried. Till the next update get outside and start exploring your neighborhood. 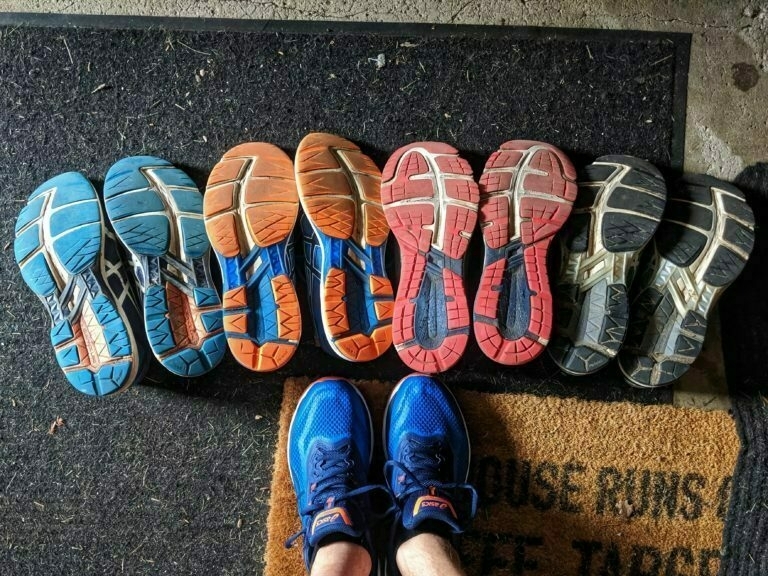 Shoes, Shoes, Shoes… Amazing how many running shoes you can go through in a given year…


### Your Turn What is the last thing you have tried to do on a daily basis and were you successful? If so how has it changed you and if not what did you learn about yourself?